Baking plans for this week

It seems that I am incredibly slack at blogging. I haven't given up baking, I just haven't blogged about it yet. The list so far involves my shiny new kitchen aid mixer. I can't remember if I've posted photos of her yet. her name is Toffee

here is a photo 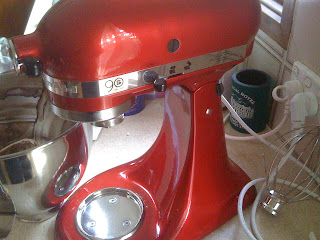 Yes. She is the 90th anniversary edition Candy Apple red artisan mixer and my new baby. So far we have found made many things 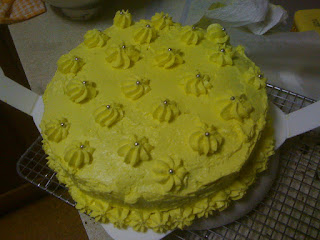 This is my first birthday cake. It's a chocolate mud cake with banana flavoured swiss meringue icing. The mud cake is from a womans weekly book and the icing is from howtoeatcupake. It's completely fructose friendly, made with spelt flour instead of wheat, and was well accepted by the band.

Birthday cake number two is a butter cake with a chocolate cream cheese mousse filling and a  chocolate swiss meringue icing. The sprinkles were the best bit and I made myself sick on the mousse filling the night before. 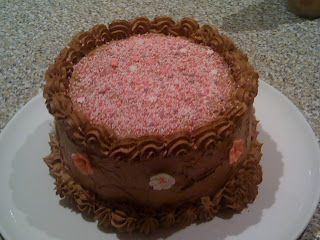 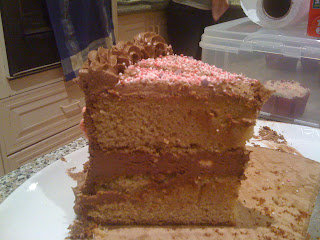 Two weeks later my man C celebrated his birthday. At his request I made my chocolate raspberry mud cake and took it into band so we weren't left with butt loads of cake. 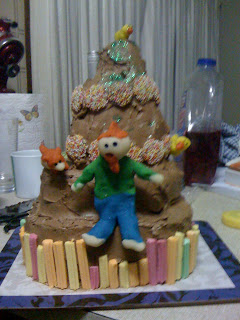 I made him out of marzipan and he was delicious. C did complain about having a skewer up his bum but he would have fallen off otherwise. Yes, my man is a redhead.
What else has happened....
Well there's this 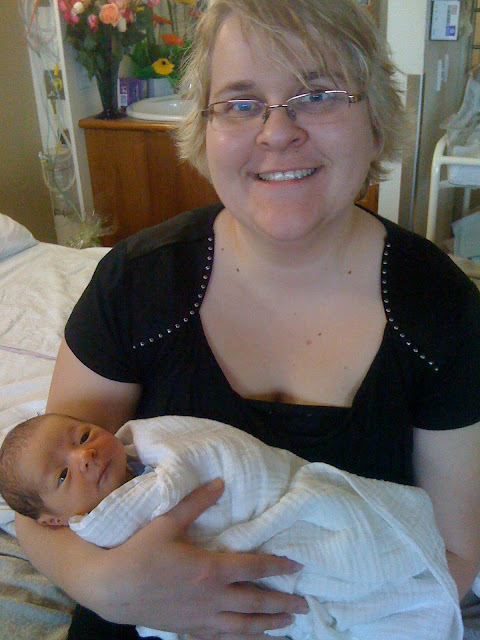 MY GODSON HAS ARRIVED!!!!

He's so cute and adorable.

Back to the point of this post. I've got a couple of things to bake this week. Firstly is my favourite cherry pie. The only issue is that the book that has my go to recipe for pie crust and cherry filling is sitting in in someone else's house. I loaned it to a friend and he hasn't returned it yet. Thankfully I managed to find the recipe online. I'm also planning on making a blueberry cobbler/crumble fructose friendly so that C can eat it.

Then for Thursday night I said I would provide dessert for a bbq. There's meant to be 20-30 people so I was planning cupcakes and brownies. Or I might just churn out a couple of batches of different cupcakes. So far I'm planning on bringing back my lamington cupcakes or maybe turning them into coconut with lemon icing and then having a separate chocolate thing. To make sure that I get everything baked and ready in time I may have to do some of the baking on Tuesday.

Will post photos of things as I go.
Posted by Ellemay at 6:13 AM 2 comments: